Cultivating honesty is a practice for gaining moral and spiritual strength.

If you are like I was before I started on this path, you may not think you need to practice cultivating honesty.  Most people believe they are honest; I was the same until I got a better grasp of what honesty entails, and got a good look at myself with the perspective I share in this article.

Why is honesty a virtue?

The word "virtue" comes from the Latin virtutem (nominative virtus) "moral strength, high character, goodness; manliness; valor, bravery, courage (in war); excellence, worth," which in turn comes from from vir "man" (from PIE root *wi-ro- "man").  Our words "virile" and "virility" come from the same root vir.  A virtue is something that makes you strong.

In contrast, a vice makes you weak.

Honesty is simply accepting and speaking only the truth.  Dishonesty consists of believing and telling lies.

Honesty is a virtue because an honest man aligns himself with and builds his life on truth, which is Reality, which is the Source of all power/strength.  It is a key moral practice for bringing your mind into alignment with the Mind of God. 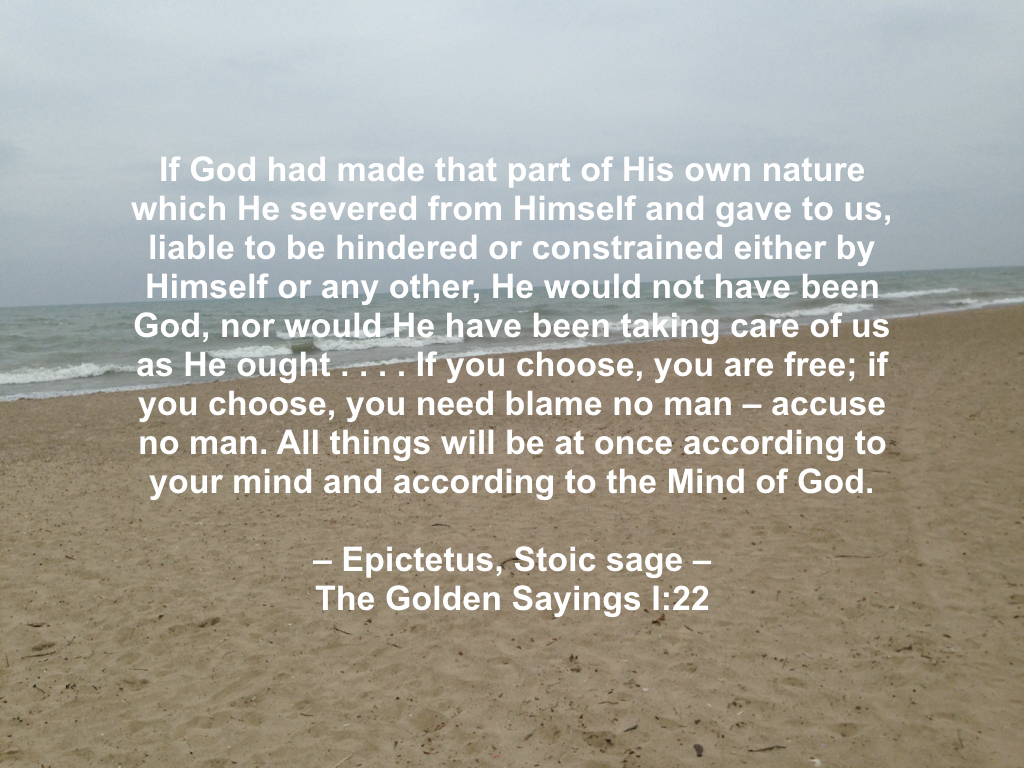 Dishonesty is a vice because a dishonest man aligns himself with and builds his life on illusion, which is unreality, and hence ultimately devoid of all power/strength.  Dishonesty separates your mind from the Mind of God.

Socrates said: “The unexamined life is not worth living.”

Like many other people, I used to think I was honest, until I seriously devoted myself to self-observation.  Upon self-examination, I found that I couldn’t really call myself an honest man.  I had bad habits.  I found myself prone to believing and even speaking aloud false thoughts and imaginations about past and future, without my realizing that I was believing and spreading thoughts that were untrue.

Honesty begins with being honest with oneself, about oneself.  Paradoxically, by admitting my dishonesty, I became an honest man. 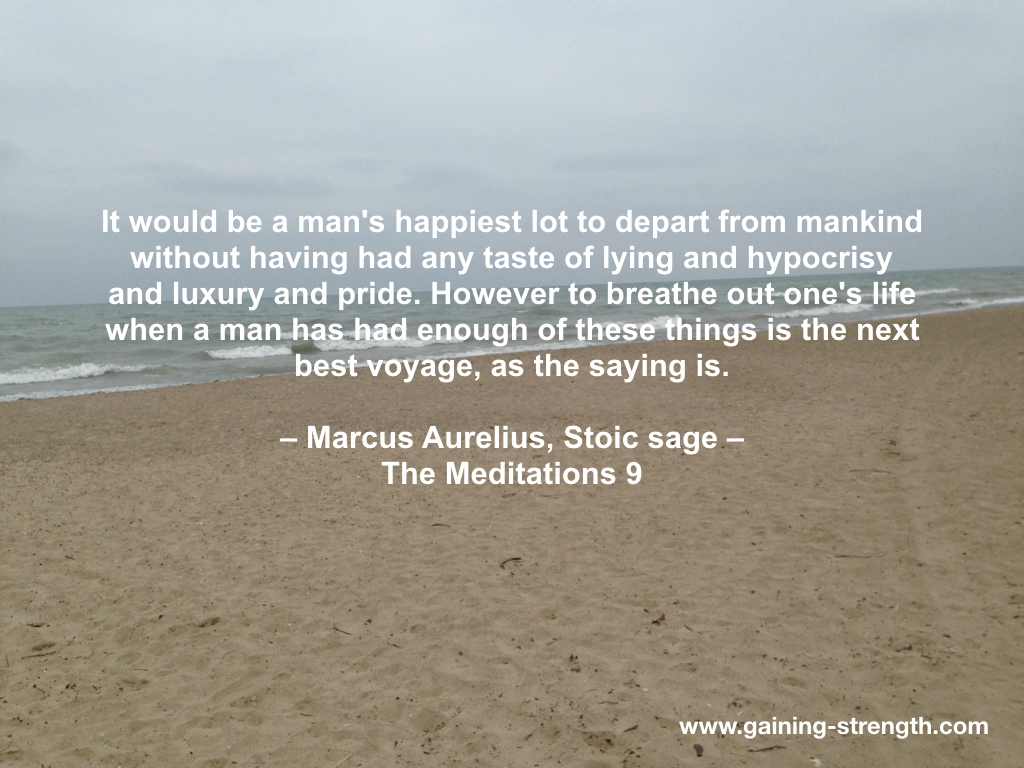 Since piety is reverence for God, a pious man must revere Truth.  In his Meditations, Book 9, Marcus Aurelius fairly succinctly explained why honesty is piety and dishonesty is impiety:

If one does not acknowledge and accept what is true/real, and believes what is false/unreal, one is, in Aurelius’s words “at variance with the universal nature” and “fighting against the nature of the world” – in other words, one is rebelling against Reality, which is inevitably a losing battle.

The problem is, most of us have been trained to believe and speak our thoughts, most of which are lies.

To uphold a lie, a dishonest man has to believe the lie himself.  Consequently, as Aurelius notes, a dishonest man inevitably loses the ability to distinguish falsehood from truth – unreality from reality – because he confuses himself with his own lies.  One lie always leads to another as the liar attempts to cover up Reality with nothing but hot air.

Whereas dishonesty is arrogance, honesty is humility.  An honest man realizes that his thoughts are not Reality, that he is not the One in charge, and that he can’t change or escape Reality by his dictates.  Honesty is obedience to the Truth, therefore it is obedience to God.

Ultimately this is why dictators are evil.  A dictator tries to remake Reality in his own image, despite having no power or natural authority to do so.  In other words, a dictator pretends to be God.  The same for all people who are constantly injecting themselves into and trying to control the thoughts, actions and lives of others, despite having no real control over themselves.

In Book 9 of the Meditations, Aurelius also wrote:

Just so, he who lies, does wrong to himself, and makes himself bad.

At this point you may be thinking something like “This is all well and good, but I’m an honest man and I don’t see how any of this could apply to me or improve my life.”

Well, let's take a look at a passage from B.K.S. Iyengar’s translation of the Yoga Sutras of Patanjali, which gave me a glimpse of how I was dishonest when I thought I was honest.

Honesty in The Yoga Sutras

The Sanskrit word “yoga” comes from the same root as the English words “yoke” and “union”.  Yoga is the science that aims at re-union of self and God (Ultimate Reality).

In the Yoga Sutras, Patanjali identified honesty as one of the five sacred yamas or disciplines of yoga practice, along with non-violence, abstention from theft, chastity and absence of greed for possessions beyond one’s need.  In Sutra II.31 Patanjali stated that these yamas “are the great, mighty, universal vows, unconditioned by place, time and class.” 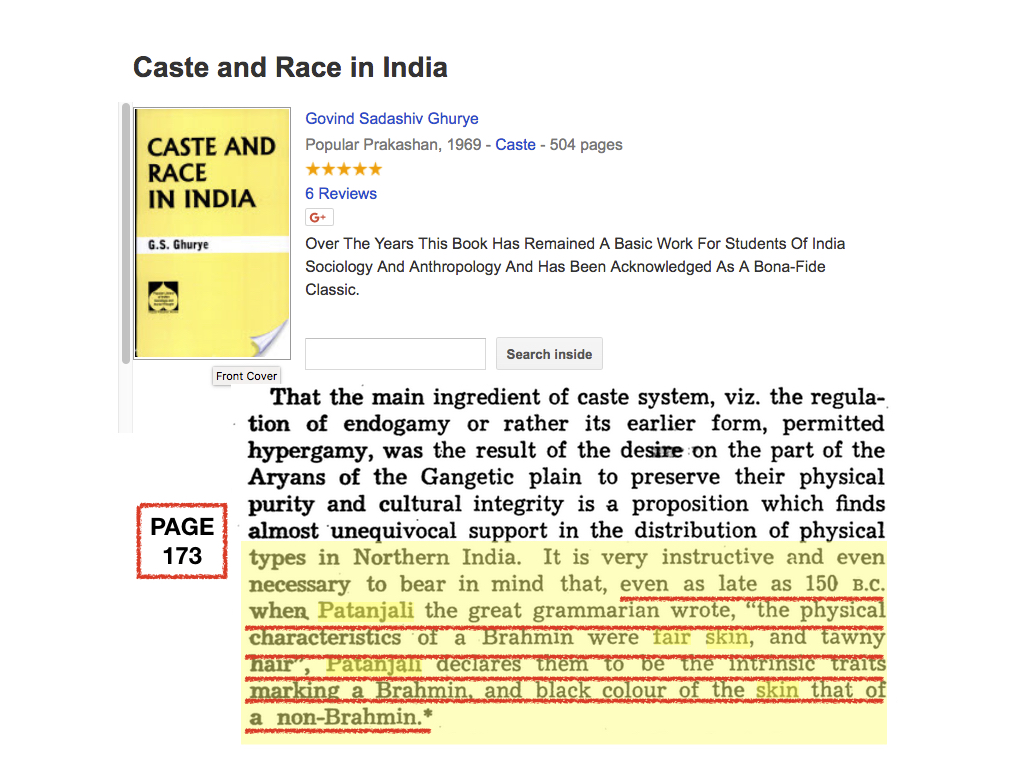 “When the sadhaka is firmly established in the practice of truth, his words become so potent that whatever he says comes to realization.”

B.K.S. Iyengar explains that this passage is not necessarily saying that being firmly established in honesty will make your speech have magical power:

In other words, many people who think they are honest frequently say things to themselves or aloud that aren’t true, such as ‘I will never eat chocolates again.’  Being honest means that you don’t say such things unless you make them true.

Moreover, if someone is prone to make such statements, without making them factual, yet also describes himself as “honest” he is self-deceptive.  He lies to God, the Witness of all of his statements, yet believes himself to be honest.

When I observed my own behavior, I found that I was a person like this: not only dishonest but lacking basic self-knowledge.  I was in fact a self-contradictory individual; the part that spoke the words was contradicted by the part that acted (or did not act).  This is weakness.

If you frequently lie to yourself in this fashion, eventually all witnesses (including you and God) will know that you are a liar, even if you don’t admit to yourself or others you are dishonest.  You lose self-respect and respect of others.

An honest man does not make promises he will not fulfill.  Every time you make a promise/statement to yourself or others that you fail to fulfill, you make yourself dishonest and weak; you signal to yourself, others and God that you are unreliable and cannot be trusted to make good on your word.

In times past, men recognized their relative impotence in the larger scheme of things and kept themselves more humble and honest by saying things like this:  “God willing, X will happen.” This formulation acknowledges the simple fact that you are not in total control of world events and no one accomplishes anything without the grace of God (i.e. cooperation of Reality beyond your control).

That all said, the wording of this sutra does leave open the possibility that a really honest man could be a kind of white wizard like Gandalf in Tolkien's epic myths.  Who knows?  Maybe such stories are based on moral and metaphysical fact, and a really honest man does become capable of miraculous deeds by virtue of being fully aligned with the Father.  None of us will know until we free ourselves of all vestige of dissemblance on our heroic journey.

The ego is a trickster.  It can easily see dishonesty in others, but has great difficulty seeing and admitting its own dishonesty. 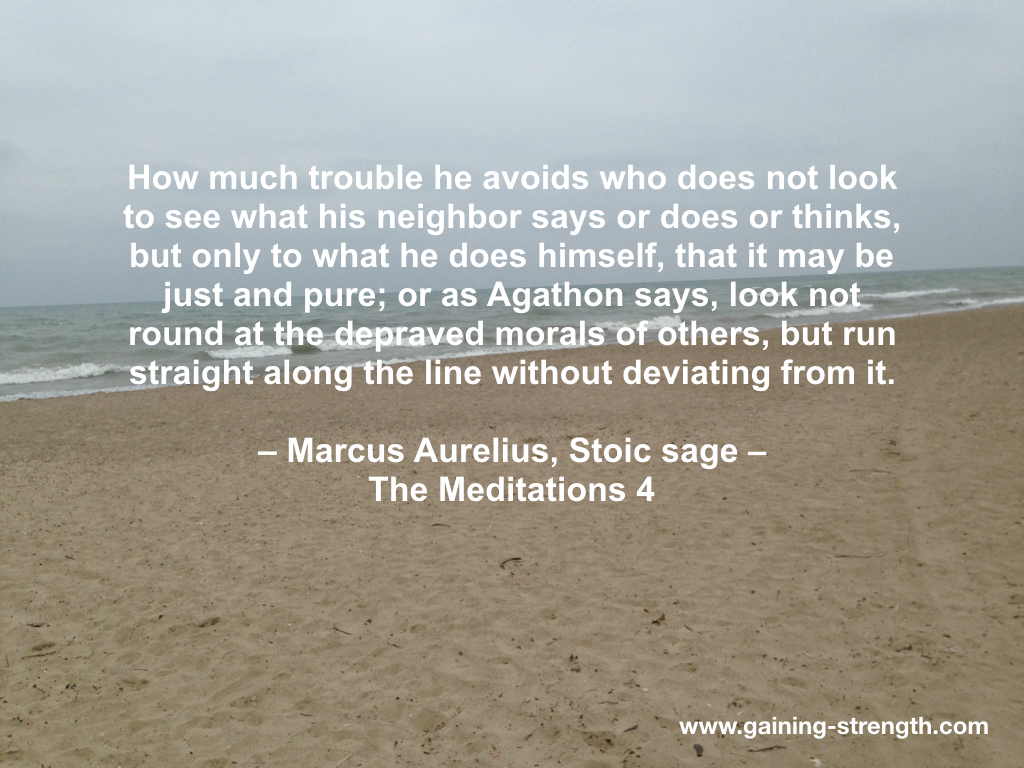 This is why Jesus advised his disciples to take the plank from their own eyes before complaining about the specks they might find in the eye of someone else, and told the crowd that wanted to stone a woman: "Let he who has no sin cast the first stone."

As you become a reliable Witness, you will  find out whether you adhere to the truth, or make things up – both good and bad – to manipulate others or satisfy your ego.  Consider these questions:

Do you only speak what you absolutely know to be true, or do you make things up to impress or distress others?

Do you exaggerate, even slightly, to gain pity or impress others?

I have found that I still have a bad habit of unnecessary exaggeration; what many would call "bending the truth" is simply lying.  Beware when you use the words "never," "always" or similar words since these often signal exaggeration.

For example, if you lose your temper and Presence even slightly you might say something like "This always happens to me," or "Things never go in my favor."  In relation to someone else it might be "You always/never to this." These are bad habits of speaking untruth.

Don’t use this practice to judge yourself harshly.  If you see you are dishonest, you don’t need to beat yourself up.  You are what you are as a result of conditioning.  Its not really your fault that you are what you are. Your bad habits were molded when you were too young to know not to imitate bad examples set by your father, mother or anyone else involved in molding your character.

Cultivating moral fitness is similar to cultivating physical fitness.  You have to start with a realistic evaluation of your condition.  Before you can improve your physical fitness, you have to first admit it needs improvement.  You have to start at the level you are at. Just as berating yourself for being physically weak doesn’t help you get stronger, berating yourself for being morally weak does not help you become morally strong.

I have made it a practice to ask God to show me myself as I really am.  I have found that if I ask “God, please show me the truth about my self,” He does take the blinders away and reveal the truth.

And it won’t be pleasant.  One of our biggest stumbling blocks is our aversion to being shown our faults.

The good news is that if you see and admit how you are dishonest with yourself or others, you have now made the first step to being an honest man.

You will lose your anger at people who are dishonest when you see that you yourself are also dishonest.

When you find out who molded you into who you are, your next step will be to forgive them, because you will see that they couldn't help themselves, they were weak and possessed by vice.

Its amazing how things change from that point.  When you accept the Truth about yourself and others your mind joins with the Mind of God.  The Truth will give you strength and set you free.