The traditional Hong Kong diet is a traditional Chinese diet.  It represents the Tao of healthy eating recommended by traditional Confucian Taoist medicine, also known as Chinese medicine.  As of 2022, the people of Hong Kong enjoy a life expectancy greater than that of any other modern nation, but they have some health challenges associated with excess dietary salt. 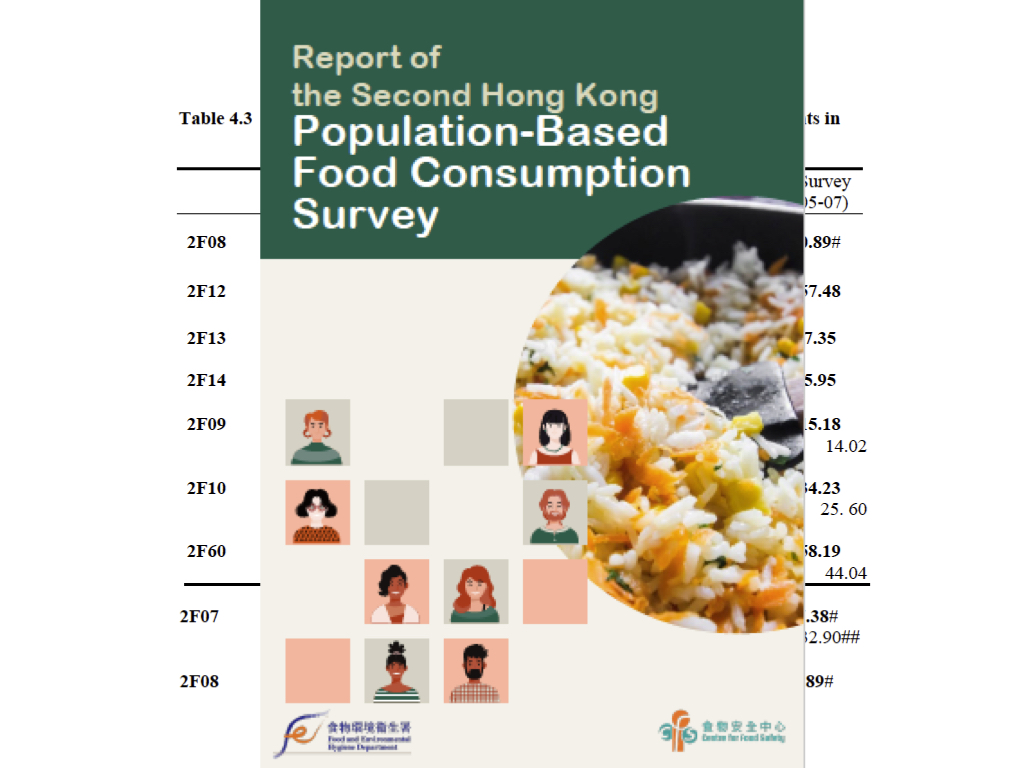 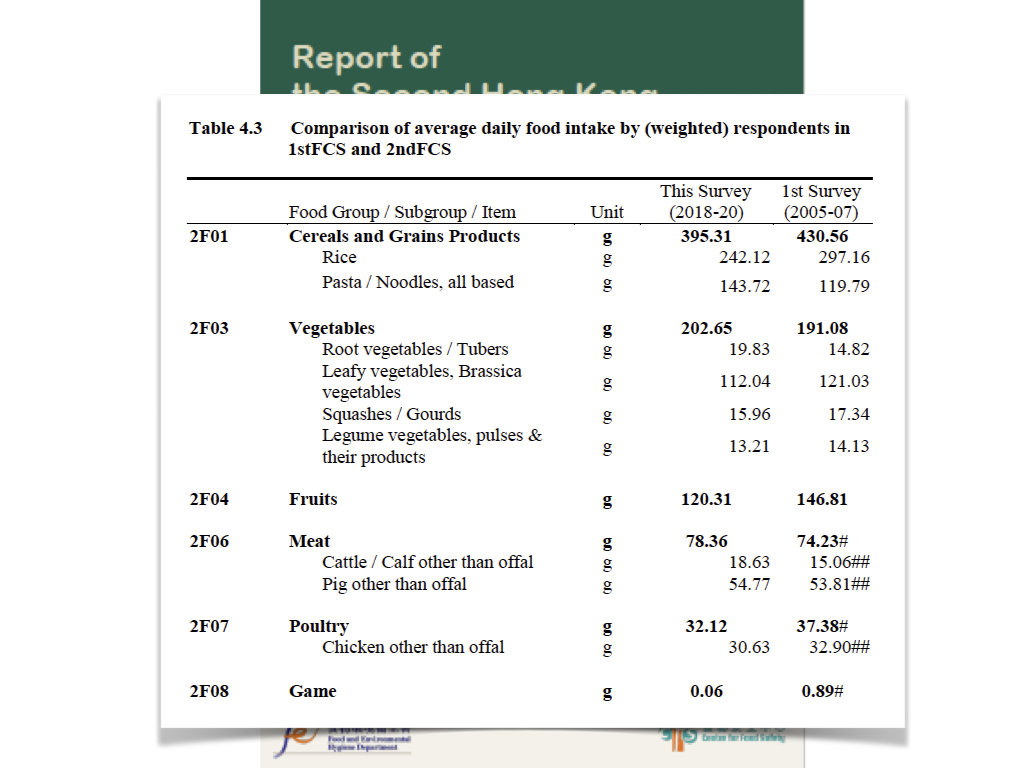 Average consumption of poultry is only 32 g (just a little more than an ounce) per day. 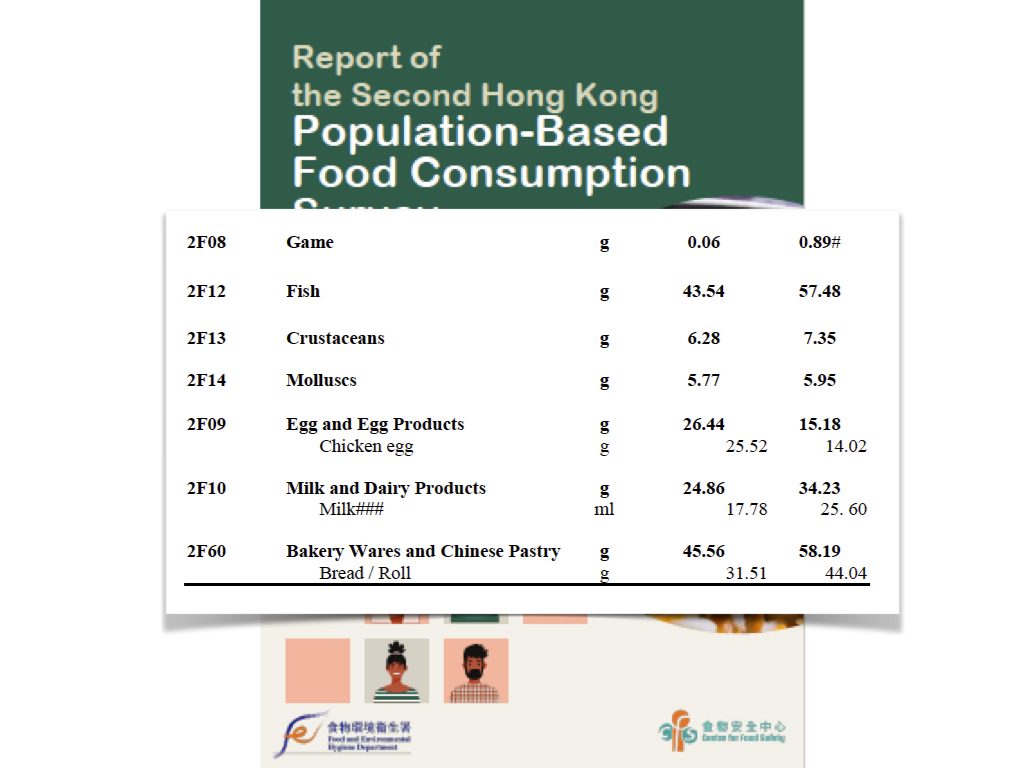 The average Hong Kong diet includes 43 g of fish, and 12 g of shellfish, for a total of about 55 g (about 2 ounces) of marine animal foods daily.

Average egg intake is 26 g per day; that's about half a large egg.  Therefore, the average Hong Kong diet includes about 3-4 whole eggs per week.

The average Hong Kong diet includes only 25 g (a little less than one ounce) of milk and dairy products daily.  This amounts to about 1 cup of milk per week.

The Hong Kong Diet is Plant-Based

Total animal food intake––including meat, poultry, fish, shellfish, eggs, and dairy––amounts to 290 g per day, just shy of 10 ounces.  Yes, they eat more meat than people in many other nations, but they aren't eating an animal-based diet. 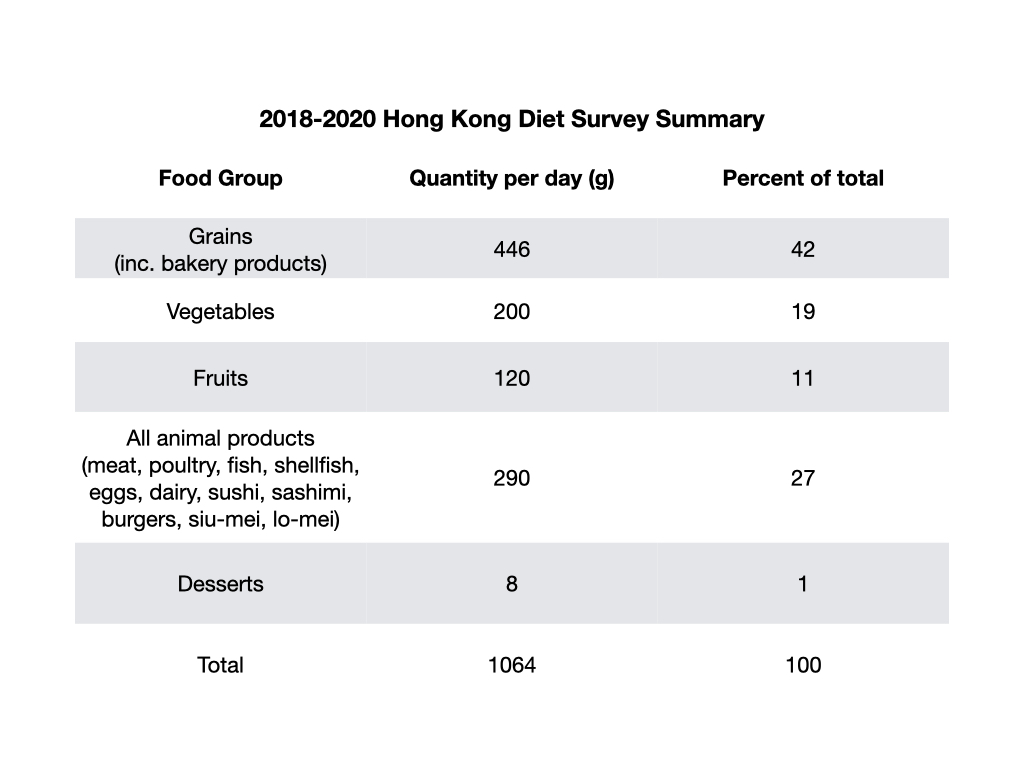 Traditional Confucian Taoist medicine is the most important branch of Taoist science, which emphasizes studying and following Tao, the true nature of things, in order to benefit humanity.

Dietetics is one of the four main concerns of traditional Chinese Confucian Taoist medicine, along with internal medicine (herbal medicine), external medicine (massage, acupuncture, and moxibustion), and veterinary medicine.  The Classic of Internal Medicine states:

Confucian Taoism seeks a wholistic perspective that embraces and harmonizes both poles of all opposites, and keeping everything in the Natural order, never holding to one extreme, unlike the vegans who exclude animal products and the carnivores who exclude plant products.  The Taoist sage Chuang Tzu noted: 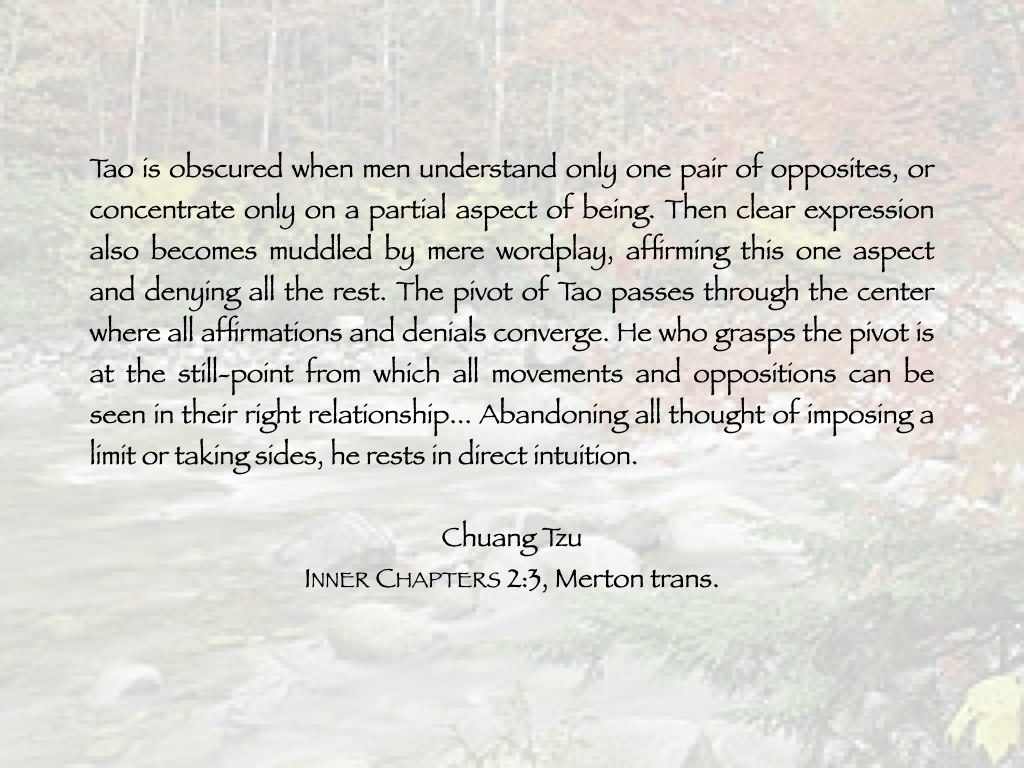 "Everything in excess turns into its opposite" is a Taoist scientific principle.  For example, in the appropriate dose, salty flavor is beneficial to the kidneys, bones, heart and blood, but in excess it will harm the very same organs.  Below I will show that the high salt content of the Hong Kong diet contributes to cardiovascular, kidney and bone diseases as predicted by Confucian Taoist medical principles.

Here are some examples of meals that conform to Confucian Taoist medical guidelines.

The Hong Kong Diet Is Nutritious

According to a study by Woo and colleagues, the Hong Kong diet provides good nutrition overall, except it is too high in salt and a little deficient in calcium. 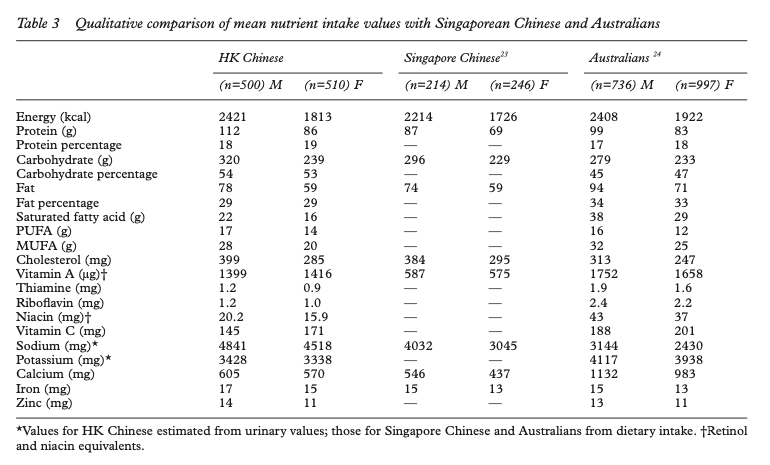 Note the following features of the Hong Kong diet:

This compares very favorably with the U.S.A., where the CDC reports that 74% of adults aged 20 and over are either overweight or obese, and 43% are obese.

Elements of the Hong Kong diet believed to promote long life include:

The main problem with the Hong Kong diet is excessive salt content.  As shown above, the typical Hong Kong diet provides 4500 to 5000 mg of sodium.  Woo and colleagues found that 78% of the population had sodium intake levels in the range associated with the age-related rise in blood pressure. 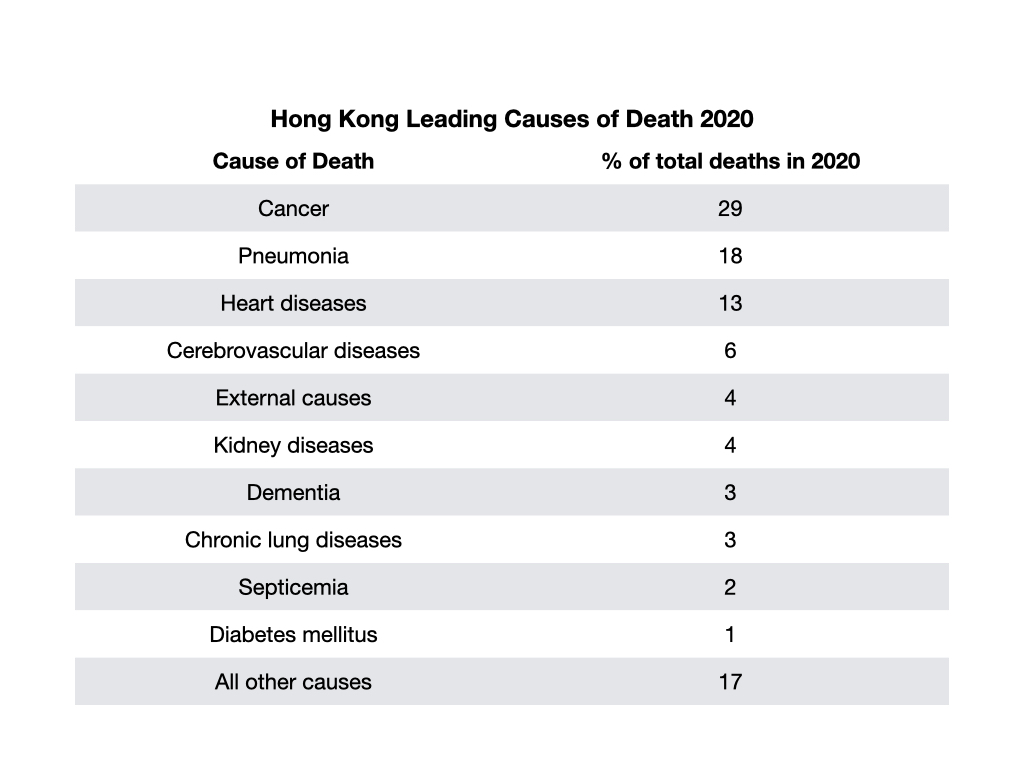 According to the Hong Kong cancer registry, the top ten cancer causes of death in Hong Kong are, in order from most to least:  lung, colorectal, breast, prostate, liver, stomach, uterine, non-melanoma skin, thyroid, and non-Hodgkin lymphoma. 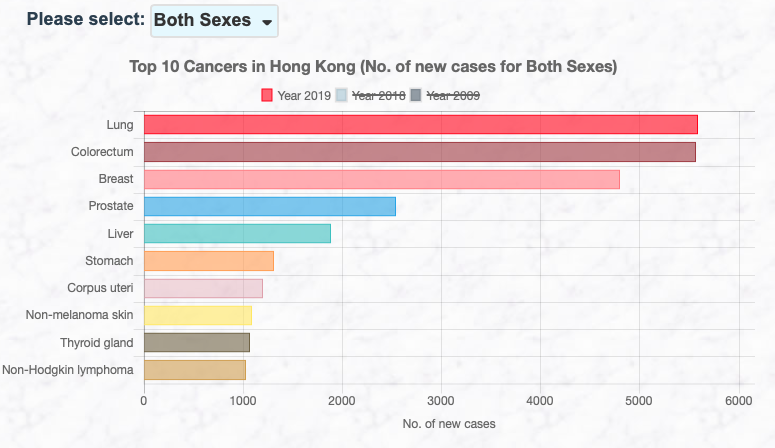 Both Karel Sporek, a chemist and author of Salt and the Seven Deadly Ills, and Richard Moore, a biophysicist and co-author of The Salt Solution, maintain that excess dietary salt can cause cancer. 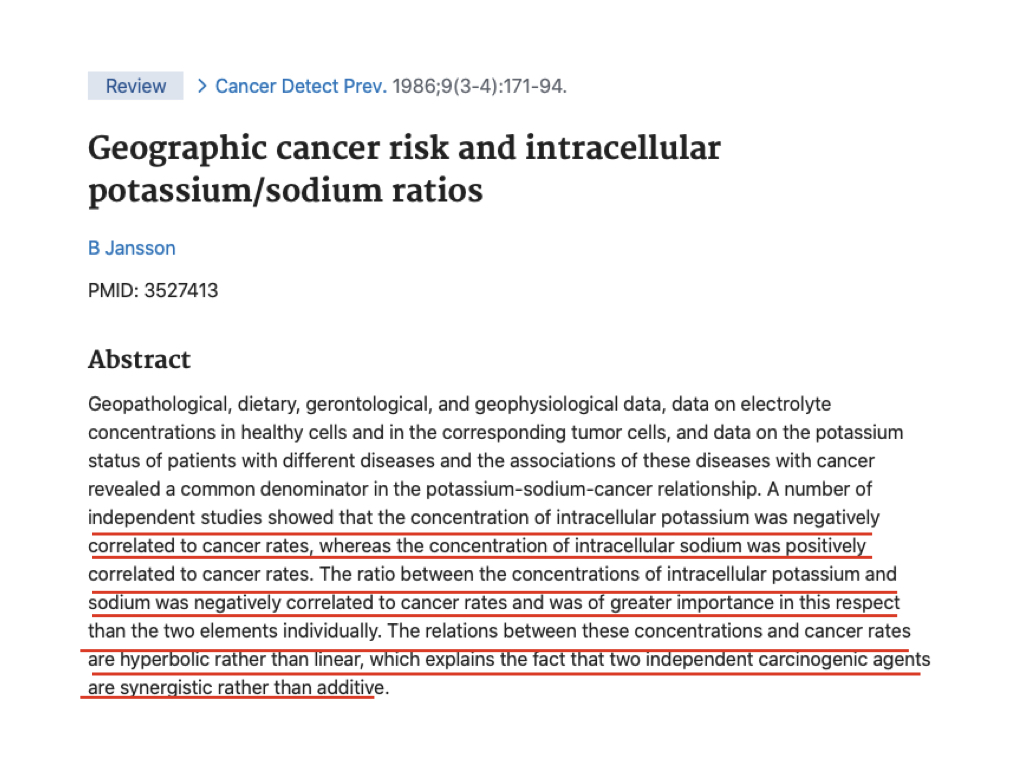 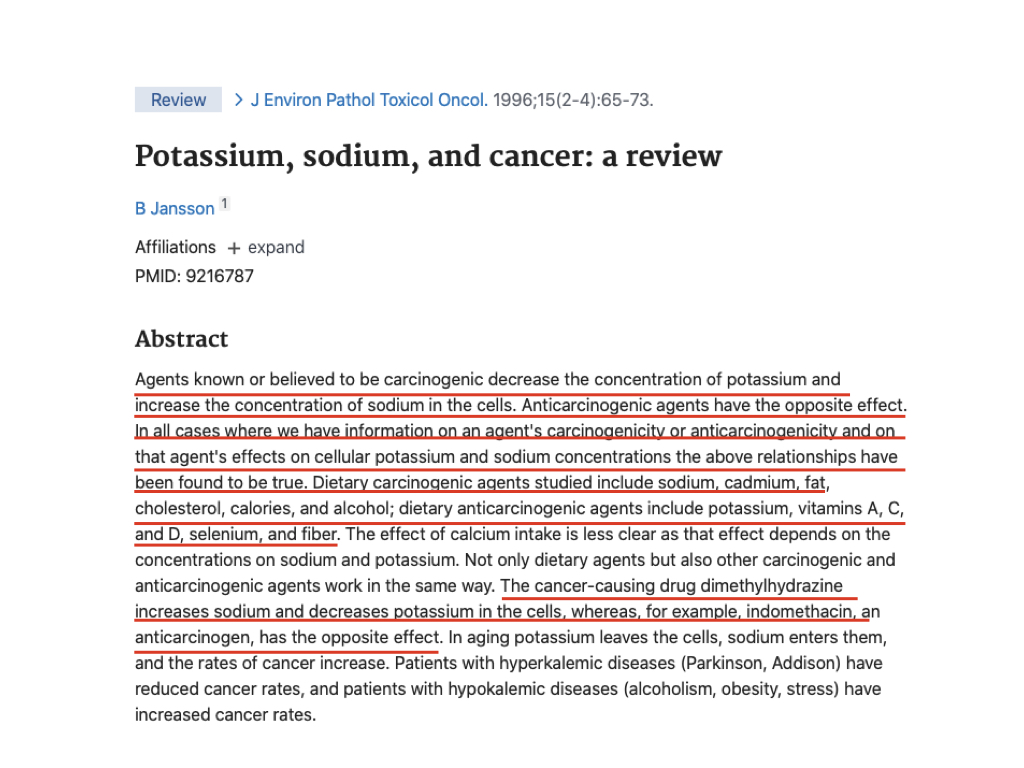 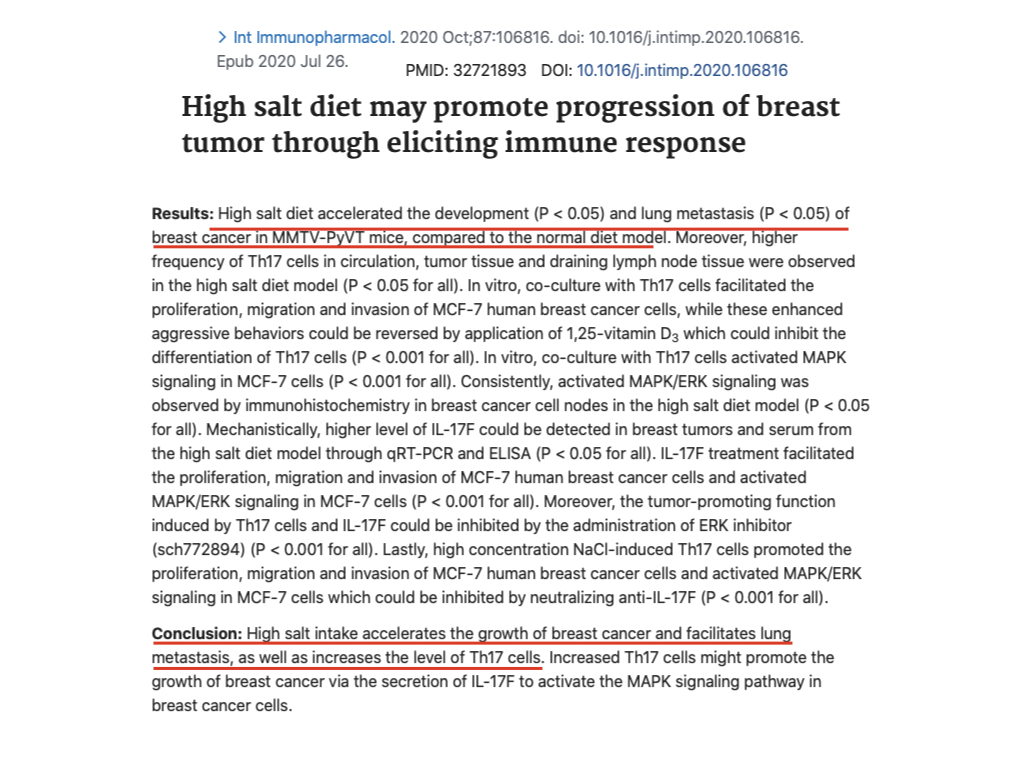 After 4 decades of working in Africa, Schweitzer reported that he had never seen a case of cancer in an African native on a traditional diet.  He attributed the eventual rise in cancer among them to imported foods including condensed milk, canned butter (salted), meat and fish preserves (salted), white bread (contains salt), and especially direct use of refined salt.  Schweitzer wrote:

Thus, the typical Hong Kong diet may cause or promote cancer because it high in sodium and provides more sodium than potassium (see table above).

Excess dietary salt also promotes atherosclerosis, which underlies cardiovascular diseases that are the third leading cause of death in Hong Kong.

We also have accumulating evidence that high salt diets promote kidney disease and dementia (here and here), the sixth and seventh most common causes of death in Hong Kong.

Improving on the Hong Kong Diet

Although the Hong Kong diet is quite balanced and beneficial overall, especially in comparison to typical Western diets, its main weakness is excessive salt content.  That can easily be rectified by reducing the high salt content and emphasizing greater intake of high potassium fruits and vegetables, including soy products.

The Hong Kong diet would also be improved by increased––but not necessarily exclusive––use of whole grains.  Brown rice has only 3.5 g fiber per cup compared to 0.3 g per cup for white rice.  Unbleached wheat flour has 3 g fiber per cup compared to 12 g fiber per cup for whole wheat flour.  Substituting say 50% of white rice consumption with brown rice, and 25-50% of refined wheat with whole wheat, would improve the overall vitamin and mineral intake without providing excessive fiber (which can have negative effects).